Greetings with the Feast of Pentecost! I had intended to send this out as a Pascha newsletter. But we have been so busy here that it has become a Pentecost newsletter – and I’m afraid that if I don’t finish it today it might become a July newsletter!

The past few months have been a busy season of travel all across southern Mindanao.

On April 4, Lazarus Saturday, here at teh parish of St John Maximovitch in Santa Maria we baptized a dozen catechumens in the ocean. (See photos here.) After the festal services of Lazarus Saturday and Palm Sunday, we observed our first Holy Week and Pascha services at Saint John Mission in Santa Maria. Following the Paschal Liturgy, we proceeded to the ocean for a feast that included invited neighbors, inquirers, and the poor in our neighborhood. Pascha this year fell a week after western Easter, so inquirers were able to compare our celebration of Pascha with Easter in their tradition. Here is how we began the Divine Liturgy on Pascha!

Over a long weekend of travel, I met with visiting MP priest Fr Kirill Chkarboul and on Saturday, April 18, we baptized eighteen people at Kiblawan and concelebrated the Liturgy in a makeshift shelter. Some of these people have been waiting years for an Orthodox priest to receive them, while others received their first catechism in my visits over the past few months. There is now an enthusiastic community of about 25 Orthodox Christians at Kiblawan. (See photos and details here.)

Since then I have been serving the Liturgy in Kiblawan every other Saturday, and visiting as often as possible for teaching. There is no chapel at Kiblawan, and we have not been able to locate a piece of land whose owners are willing to sell. But last month a generous benefactor enabled us to purchase a tent under which to serve the Liturgy at Kiblawan. On Saturday we erected the tent and served the Liturgy there. (Photos here.)

On Sunday, April 19, we received into the Church the mission community at Polomolok, which has been in catechism since before the beginning of the year. Their former independent Catholic parish of Our Lady the Guide is now re-founded as Protection of the Theotokos Orthodox Church. They’ve built an iconostas and ambo, and have begun replacing statues with icons. Many of the analoy covers and altar items I have received from supporters in the US and Europe are now in use here.

We baptized 129 people from Polomolok in the ocean at Ladol, then proceeded to the church for the Liturgy an hour’s travel in each direction. (Photos and details here.) Baptism and Chrismation for so many people took several hours, so we weren’t able to begin the Liturgy until about noon. After going hungry and standing in the hot sun since early morning, the community enthusiastically received their first Communion.

The new parish warmly welcomed me as interim pastor. I have been serving the Liturgy there on Sundays twice a month during May and June, in anticipation of the arrival of a new priest from Russia, who will serve the parish at Polomolok and many others.

Incidentally, most members of the Polomolok parish work at the huge Dole pineapple plantation which dominates the municipal economy. Dole is the world’s largest producer of pineapples, with the majority of its pineapple production facilities located in Polomolok. If you’re eating pineapple today, there is a very good chance it was harvested by hand by one of our newly-Orthodox members!

Meanwhile, several weekdays a month I have also been traveling to serve a newly-received parish at Alabel. They eagerly learn and ask questions, and are hungry to hear more. Their enthusiasm makes me want to do so much more for them.

For nine months, at Santa Maria we have been learning how to serve and sing the Divine Liturgy. Now we are beginning to teach this Liturgy to the communities at Kiblawan, Polomolok, and Alabel. Later this year, we can start teaching the services to singers and clergy at more newly-Orthodox parishes. We are also beginning to translate the Octoechos, so that we can start serving Vespers and the other services of the normal liturgical life. My first goal is simply to establish parish life in each place: the services, fasts and feasts, almsgiving, frequent Confession and Communion. With God’s help, I believe that will be the foundation on which we can build an Orthodox spiritual life. 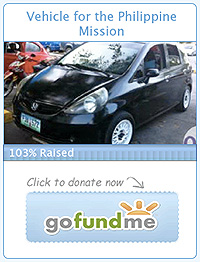 A Vehicle for the Mission

To reach all these communities, I spend a good deal of time on the road! To reach Polomolok is an all-day journey of two bus rides, followed by a final trip on a motorcycle cab to the church’s location. Each trip usually spans two days, since buses don’t run late into the evening. Kiblawan is more difficult: Kiblawan is not on any bus route, so we get halfway there and then find a motorcycle rider we can pay to carry us to where we need to go. As you can imagine, this makes it very difficult to bring a bag of vestments, books and altar supplies. If any choir members come along to help with the service, the trip becomes much more complex.

Beginning in March, we received several substantial gifts toward the purchase of a vehicle. After a campaign on GoFundMe.com over $4000 was raised, and at the end of May I bought a lightly used 2010 Honda Fit – a five-door car with room for five American adults (Or, as we have discovered, a great many Filipinos!)

This car has already proved to be an enormous blessing, allowing me to deliver a tent to Kiblawan and two very large boxes of icons and liturgical items to faithful and catechumens at General Santos City. It has also allowed me to bring choir members with me to the Liturgy at Kiblawan. To all who donated to the purchase of a car for the mission: Thank you!

We had another first here at Santa Maria last week: our first Orthodox funeral. Irene, a former Catholic, was a midwife and had delivered most of the young people in the area. Filipinos were surprised that I served the memorial service without charging any money, and even finished the service at the grave site – evidently that costs extra from Catholic clergy.

In the US, an Orthodox funeral usually results in a few guests inquiring more about Orthodoxy. It is a beautiful and sober service, totally unlike anything in Catholicism or Protestantism. The same has happened here with our first funeral: three or four families have now become convinced that they want to join us. If they continue to attend, then I will enroll them as catechumens. The funeral service is one of the most effective ways of *showing* people what Orthodox people believe.

Last Friday I served the forty-day memorial service for Irene. May her memory be eternal!

This week we have been privileged to distribute copies of an Orthodox Prayer Book in the Cebuano language. It was produced by the Russian Orthodox Mission Society of Saint Serapion Kozheozersky and received with gratefulness by Orthodox Christians in Mindanao! (Photos and details here.) Orthodox Christians here are excited to have an Orthodox prayerbook in their own language! Read it online or save and print the text at https://philippine-mission.org//resources/cebuano/prayer-book

We also recently received two huge boxes of icon prints, mounted icons, vestments, books, and devotional items, donated by countless generous individuals and churches in the US. Here are pictures of mission leaders unboxing the packages, along with a shot of catechumens at St John the Baptist mission in Ladol saying Thank You for icons and books! These items are now being distributed to catechumens and faithful all over Mindanao to beautify churches and family icon corners, and to aid in prayer and worship. 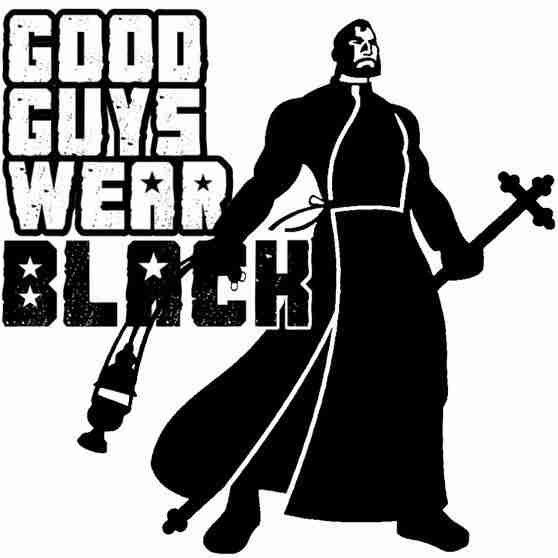 Here’s one reason priests wear the cassock… Recently a stranger leaned out of her shop and called “Are you a priest? Orthodox?” Why yes. Yes I am. It turns out a Greek man now lives here in Santa Maria and has a Filipina wife. She described an Orthodox priest to her friends, just to see if there is one. (He would be a bearded man in a black cassock.) Everybody knows the only fellow in town who matches that description! Since then I have managed to connect with this family and plan to baptize their youngest child.

Since I arrived last September, I have been the only Russian Orthodox priest living in Mindanao. But this week we anticipate the arrival of Father Vadim, a Moscow Patriarchate priest from Russia who live in the area of General Santos City and serve the faithful and parishes in catechism in the southern provinces. I will still visit other communities for teaching and sacraments as time permits, but I am thankful that now I can devote most of my efforts to the people I am actually responsible for. Fr Vadim’s arrival will permit me to resume language studies, travel to our community in far-off Palo, and begin strategizing toward founding a mission in Davao City.

Tentatively, around August, half a dozen Aglipayan priests and bishops will travel to Russia for baptism, training, and ordination as Orthodox priests. After a month or so, they will return to the Philippines and baptize their parishes. Each parish has been preparing with Orthodox catechism, for many months; after their reception into the Church, they will begin using the Church calendar and serving the Orthodox Liturgy of St John Chrysostom. Dozens more parishes are still in catechism and will be received individually as they become ready.

Finally, one last piece of happy news: For the first time, not only is our monthly budget fully funded – we are funded slightly more than our projected budget. The budget is our estimate of the minimum necessary to achieve our goals. So every monthly commitment above and beyond that minimum figure enables us to do more, to travel further, and to teach and serve more inquirers, catechumens, and Orthodox faithful. If you would like to be part of reaching and serving the Philippines, you can partner with us by clicking here and making a monthly pledge of any amount. We pray for and commemorate all our mission partners and benefactors; may God bless and reward you all!

We’re on the map!

The Nativity of Christ